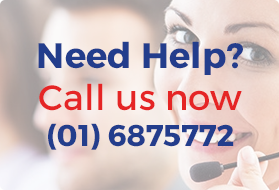 Traeger Grills are the original Wood Pellet Grills. It all started in 1985 when Joe Traeger, the founder of Traeger, burnt his 4th July chicken on a gas grill when he realised he could do better. So he did. Having worked for his family's home heating business, he already had experience of the technology: in 1973 the domestic heating industry sought alternative fuel source and started using wood pellets in place of increasingly expensive oil.

In 1985, Joe Traeger developed the world's first wood pellet grill, adapting the design of the pellet burning heating systems. The grills remained mostly unchanged from then: they all had an auger, a fan and a hot rod.

In 2017,  Traeger introduced to us the Timberline, the worlds first WiFi-enabled pellet grill. Traeger calls this "WiFire". It is a cloud based technology which connects to your grill to enables you to make amendments, set timers, add alerts and gives you access to hundreds of Traeger's grill guide recipes.

In 2019, we have seen the introduction of the D2, Direct Drive drivetrain. This consists of a variable speed fan and one-piece auger (which work together to produce optimal blue smoke), as well as the industry's first brushless DC motor, the design of which makes it enormously hardwearing and resilient - truly built to last. Traeger's new D2 also introduces the Turbo Temperature function, where the grills get hotter faster, which helps in start-up, when you lift the lid the grill gets back to the set temperature quicker. This is great if you are reverse-searing and want the whack the grill temperature up!

Traeger Europe has four models: The Ranger, The Pro D2 Series, The Ironwood Series and the Timberlines.

Accept All Reject All Settings